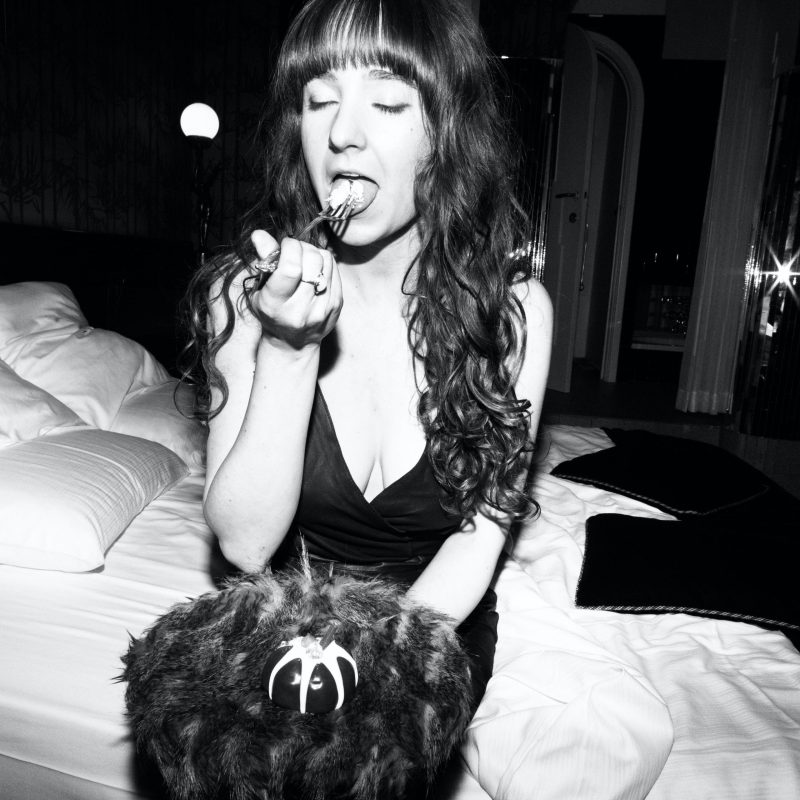 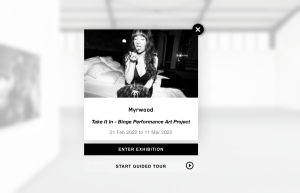 Inspiration for Myrwood’s upcoming single Take It In is her own experience of a destructive pattern with food. Myrwood was diagnosed and treated for Anorexia Nervosa. Successfully according to doctors, but a disturbed relationship with food remained for her. From binge eating to compensating she lived constantly for several years and it was only when the corona crisis forced her to stop that she became aware of that pattern and that she was numbing herself with.

On February 21, 22, 23, and 24, Myrwood stepped back into that pattern as a digital performance art piece. To do so, she documents food and binge eating in a photo series. Check out the digital exposition here and read more about the release below. On February 25 ‘Take It In’ was released.

In collaboration exclusive bonbon manufacturer Friandries, Myrwood released a exclusive bonbon. This ginger-mango-cinnamon flavoured merch is meant to eat during listening to ‘Take It In’. Webshop